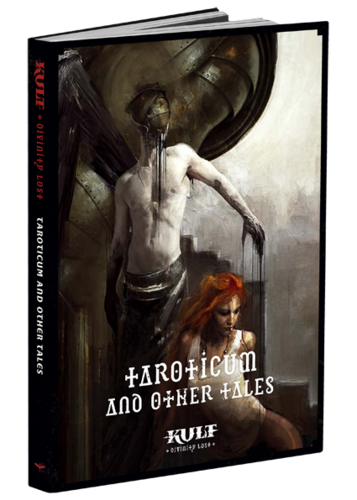 Taroticum and Other Tales contains seven stand-alone scenarios for KULT: Divinity Lost. They are set in different times and locations and explore different parts of the Kult mythos. The scenarios are all designed to be quick and easy to pick up and play.

* Based on residence in Sweden. Tax rates for other countries will be calculated at the checkout. Price exclusive of tax: SEK 330.19.